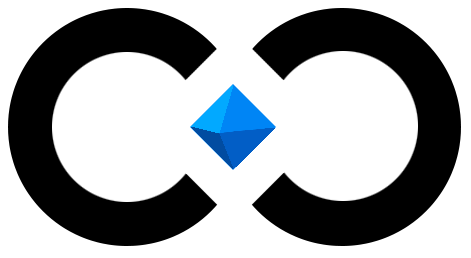 MutaBind2 evaluates the change in binding affinity between proteins (or protein chains) caused by single-site mutations and multiple-site mutations in their sequence. The predictions are based on the structure of the protein-protein complex.

The MutaBind2 structure optimization protocol. For the forward mutation datasets (ΔΔGwt→mut), the structure optimization protocol was the same as the one used in MutaBind (1). We used the BuildModel module of FoldX (2) to introduce single or multiple point mutations on the wild-type crystal structure obtained from the Protein Data Bank (PDB) (3). Next we added missing heavy side-chain and hydrogen atoms by VMD program (4) using topology parameters of CHARMM36 force field (5). After that we performed a 100-step energy minimization in the gas phase for both wild-type and mutant complex structures applying harmonic restraints with the force constant of 5 kcal mol-1 Å-2) on the backbone atoms of all residues. The energy minimization was carried out by NAMD program version 2.9 (6) using the force field CHARMM36 (5). A 12 Å cutoff distance for nonbonded interactions was applied to the systems. Lengths of hydrogen-containing bonds were constrained by the SHAKE algorithm (7). For the reverse mutation datasets, we modeled the mutant structures with Modeller software (8) using wild-type crystal structures as the templates. To minimize the error introduced by structural modelling, only mutated protein chain was modeled for single mutations, and for multiple mutations on different protein chains, the whole complex was modelled. The model was discarded if the root-mean-square deviation of all aligned Cα atoms between any of the modelled chains and the template was larger than 2 Å. Then RepairPDB module was applied to further optimize the structure and mutations were introduced using the BuildModel module from FoldX. After that a 1000-step energy minimization in the gas phase was carried out for both wild-type and mutant models with harmonic restraints (with the force constant of 5 kcal mol-1 Å-2) applied on the backbone atoms of all residues using NAMD. Minimization was done for the whole protein complex.

The MutaBind2 energy function include seven distinct energy features for single and multiple mutations respectively and the contribution of each term to the RF is shown in the table.

A scoring function for single mutations included an additional term, Ncontwt,a number of contact residues between one partner where a mutation was introduced and another partner. If any heavy atom of a residue in one partner is located within 10 Å from any heavy atom of another partner, we defined this residue as a contact residue. A scoring function for multiple mutations included an additional term ΔEvdwwt calculated as a difference between van der Waals energies of a complex and each interacting partner for the wild-type structure, as described above.

More details can be found in the paper.